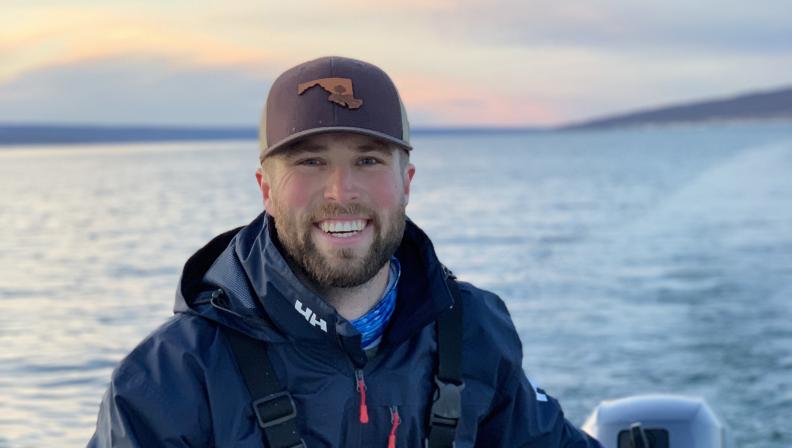 Jack Elstner ’21 has always been interested in science, particularly anything that has to do with water. He grew up on the shores of the Chesapeake Bay – spending every second he could on the Wye River, fishing, mucking and exploring every cove and creek he could before his skiff’s tiny gas tank ran dry.

These experiences had a lasting impact on him – both the beauty and value of the marine resources on our planet and the ways in which these resources are being exploited.

“Even from a young age, I saw how we currently live in a world undergoing massive social and environmental shifts, which will impact the world’s oceans in complex and unpredictable ways,” says Elstner. “These realizations pivotally shaped my environmental consciousness and instilled in me a desire to more fully understand the problems I was witnessing so that I could become an integral part of their solutions.”

After transferring to Cornell University as a sophomore, Elstner decided to follow his passion for the ways in which the human and environmental systems interact by majoring in Earth and Atmospheric Sciences with a minor in both Marine Biology and Climate Change.

During his junior year, Elstner was named an Ernest F. Hollings Scholar by the National Oceanic and Atmospheric Administration (NOAA), which gave him the opportunity to complete a summer research internship with NOAA’s Earth System’s Research Laboratories in Boulder, Colorado. At the Earth System’s Research Laboratories, Elstner’s research focused on assessing the impact of COVID-19 on urban fossil fuel emissions in New York City during the spring 2020 lockdown.

“As an intern, I had the opportunity to work alongside a group of NOAA scientists who were trying to understand the impact of COVID-19 lockdowns on urban CO2 emissions in New York City during the first half of 2020,” says Elstner. “During my internship, I got to conduct my own independent research and use some pretty cool analytical tools, including atmospheric transport model simulations and aerial survey data.”

At the end of his internship, Elstner presented his findings focused on communicating information about COVID-19 and climate change to broader audiences. The experience was impactful and led Elstner to realize that he eventually would like to work for an organization like NOAA.

In March 2021, Elstner was selected to receive the SUNY Chancellor’s Award, which acknowledges outstanding student achievements that demonstrate excellence in areas including academics, leadership, campus involvement, community service, or the arts, according to SUNY. He was also selected to receive the CALS Academic Excellence Award, which honors outstanding student achievements in academics, chosen by Benjamin Z. Houlton, the Ronald P. Lynch Dean of CALS.

In addition to his other notable accomplishments, Elstner was most recently selected as a Merrill Presidential Scholar by Cornell University. The prestigious award honors the most outstanding graduating seniors, who are in the top 1% of their class, and a teacher of their choice who has inspired them and contributed to their academic development, for which Elstner chose Charles Greene, professor in Earth and Atmospheric Sciences.

Greene served as an influential mentor – offering guidance from applying to graduate programs, to career advice, to the occasional pep talk. Elstner spent a semester with Greene in Hawaii and the Pacific Northwest completing the Cornell Ocean Research Apprenticeship for Lynch Scholars (CORALS) program, which provides the opportunity for students to engage in a research-intensive marine science fieldwork experience.

The experience proved to be impactful for Elstner, reaffirming his passion for ocean science and greatly improving his scientific communication and collaboration skills. Despite the beginning of the global pandemic occurring as Elstner was completing the CORALS program, the experience only enhanced his ability to remain resilient and adaptable in trying and uncertain times.

“Inspired by the sudden need for remotely accessible teaching materials in online classrooms across the country, my peers and I directed and produced a series of educational videos showcasing the diversity of marine invertebrates living along the rocky shores of Friday Harbor, Washington,” says Elstner. “These videos, which can be viewed on Cornell’s Ocean Invertebrate YouTube Channel, have since been used in college-level marine science courses at both Cornell and other universities across the country."

In addition to Greene, Bruce Monger, senior lecturer in the department, also made a large impact on Elstner during his time at Cornell. Monger was one of the first people Elstner interreacted with after transferring to Cornell, and also gave him one of the best pieces of advice that he has received during his college career: apply the tools you like to work with to the questions you like to ask.

“Jack has been a pure joy to have in class and to advise over the past two years.  He possesses a great combination of remarkable intelligence and a personality that is at once humble, honest and exceedingly kindhearted,” says Monger. “Jack certainly deserves all the awards that have been bestowed upon him and it has been a true honor to get to know Jack during his time at Cornell. I look forward to seeing Jack take his next big academic leap into Graduate School at the Scripps Institution of Oceanography.”

After graduation, Elstner will be pursuing his Ph.D. at the Scripps Institute of Oceanography, studying biological oceanography.

"His outstanding performance in the classroom, combined with his willingness to serve others in making the world a better place, exemplify the kinds of values we want to see in our students,” says Greene. “I have no doubt that Jack will be highly successful in his academic pursuits; however, equally important, I believe that he will make important contributions to society that transcend his academic accomplishments." 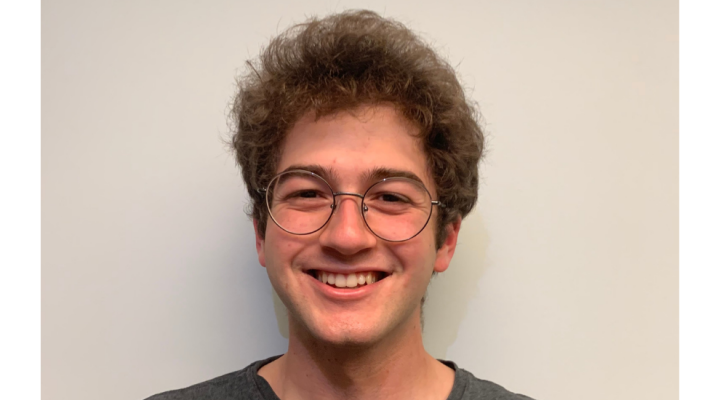