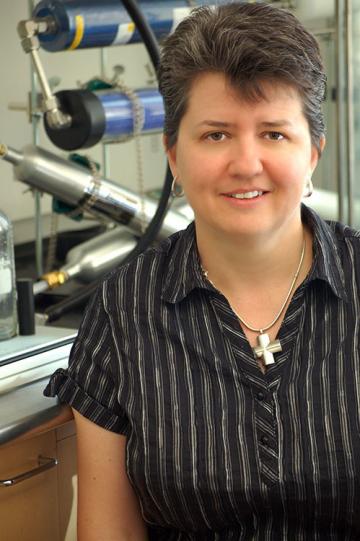 Sara C. Pryor is an atmospheric scientist who uses a combination of field measurements and numerical tools to improve understanding of the climate system. She completed her PhD at the University of East Anglia in the UK during which she spent time at Scripps Institute of Technology in San Diego and the Desert Research Institute in Reno, Nevada. She then took a position as a Post Doctoral Fellow at the University of British Columbia, Canada. She joins Cornell from Indiana University where she held the rank of Provost's Professor. Professor Pryor has courtesy appointments at Aarhus University in Denmark and the Pervasive Technology Institute at Indiana University.

Professor Pryor works in two related fields with climate science; (i) physical manifestations of global climate change and variability at regional scales (downscaling), and (ii) understanding formation and removal processes for atmospheric aerosols in order to reduce the uncertainties regarding aerosol climate forcing. She has published over 120 articles on these topics in internationally renowned journals, has edited two books and is editor of the Journal of Geophysical Research: Atmospheres.

(i) Climate change detection, attribution and projections: Professor Pryor's research seeks to improve understanding of the dynamics of the climate system and development of robust regional climate projections using both numerical models and statistical tools, with a particular focus on variables of relevance to large infrastructure and high-value assets. She was a member of the National Climate Assessment and Development Committee (NCADAC), convened by the U.S. Department of Commerce's National Oceanic and Atmospheric Administration, and Convening lead author for the Midwest region chapter of the National Climate Assessment released in 2014. She was recently appointed the North American regional representative for CORDEX-Empirical-Statistical Downscaling. CORDEX - the Coordinated Regional Downscaling Experiment is an international project, founded by the World Climate Research Programme, which aims to coordinate international efforts in regional climate downscaling.

(ii) Atmospheric aerosols/atmosphere-surface exchange and climate forcing: Prof. Pryor conducts continuous measurements of ultrafine particle concentrations and fluxes at a range of terrestrial and marine sites. Her aerosol particle size distribution and flux measurements at the AmeriFlux site, that she helped to establish in southern Indiana, is second in length only to the Hyytiala site in Finland. Prof. Pryor is also working with her group on regional aerosol modeling using WRF-Chem and innovative methods for deriving aerosol properties from ground-based and satellite-based remote sensing observations. She was a collaborator on the EUCAARI project in Europe and the BEACHON ("Bio-hydro-atmosphere interactions of Energy, Aerosols, Carbon, H2O, Organics & Nitrogen") experiments.

Prof. Pryor has taught across the spectrum of atmospheric science courses including air pollution meteorology, climate science and climate change mitigation, and physical meteorology and climatology.