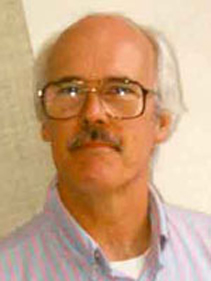 Kay is a Geochemist with emphasis on operation of large-scale Earth Systems within the framework of plate tectonics. Collaboration that involves working at areas that lie between recognized disciplines has been a thorough going research strategy, first identified--geochemistry, petrology and geophysics-- in his note for Citation Classic paper on ocean ridges. Far-flung places --the Philippines and especially Aleutian islands--and novel processes--slab melting, lower crustal delamination, and subduction erosion-- have served to focus his research activities. Quantifying crustal mass flux is the organizing template. At the end of 2013, Kay's citations in ISI were 5386, his h-index was 30, and his number of "home run papers" (citations exceeding 100) was 18. On Google Scholar, the 2013 numbers were 6831, 37, and 21.

I am interested in geochemical and petrologic aspects of the formation, modification and destruction of Earth's crust. I have focused on different aspects of this theme. Initially, I worked on oceanic crust and developed a model for Mid-Oceanic Ridge basalt genesis; the resulting paper is my most highly cited. I did influential studies of ophiolites, featuring comparisons with sediments and igneous rocks of the oceanic crust. Next, I turned to geochemically constrained mass flux models for subduction-related magmas; the mass contributions of sediment, oceanic plate, and mantle were quantified for magmas of several arcs. An example of oceanic plate melt was identified. Finally, the processes that destroy crust--delamination and subduction-erosion--have been examined in the context of the creation of an andesitic crust from mantle-derived basalt. Together with slab melting, the processes of delamination and subduction erosion represent my main transformative contributions (as indicated by citation counts) to our understanding of the role of high pressure processes on crustal formation and modification. Most recently I have analyzed radionuclides in collaborative projects investigating soil erosion and hydrofracking water.

I strive to integrate the methodologies of mass flux, especially using chemical and isotopic tracers, into definition of processes that shape planetary surfaces and interiors. The influx of Planetary Science students has been invigorating