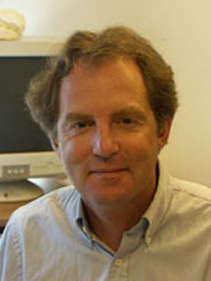 Louis Derry received a B.A. in Geology from Colorado College in 1981 and a Ph.D. in Geological Sciences from Harvard University in 1990. He also worked in the mineral exploration (Homestake Mining Co.) and petroleum (Chevron) industries. Following his doctoral work, Derry was a post-doctoral researcher at the Centre de Recherches Pétrographiques et Géochimiques (CNRS) Nancy, France. He came to Cornell as a Snee Research Fellow in 1994 and joined the faculty in 1996. Derry is a Senior Scientist with the Kohala Center, Hawaii, and a Fellow of the Canadian Institute for Advanced Research.

Derry's research includes studying biogeochemical processes at multiple time scales, from modern environments to the evolution of couple biogeochemical cycles over Earth history. Recent work includes elemental speciation and cycling in soil-plant-water systems, and the role of atmospheric deposition. Longer time scale problems include work to quantify CO2 and elemental fluxes in the Himalayan and island arc systems. Derry is actively involved in developing models for the interpretation of carbon, nitrogen, sulfur and strontium isotopic variations in the ancient oceans and how those can be used to constrain critical environmental conditions during major evolutionary and/or extinction events.

Derry is involved in both University service and service to the larger scientific community and public. University service includes committees in the SES Major, Faculty DSR for Snee Hall, ACSF Faculty Fellow, and teaching in the Cornell Adult University program. Derry was Director of the IGERT Biogeochemistry program at Cornell from 2003-09. Current service to the academic community includes Editor for Geochemistry, Geophysics, Geosystems (AGU), Special Topics Editor for Proceedings of the National Academy of Sciences, and Director of the Critical Zone Observatory National Office. Public outreach includes frequent interaction with the reporters and blogs at the New York Times on climate change and the recent nuclear crisis in Japan.