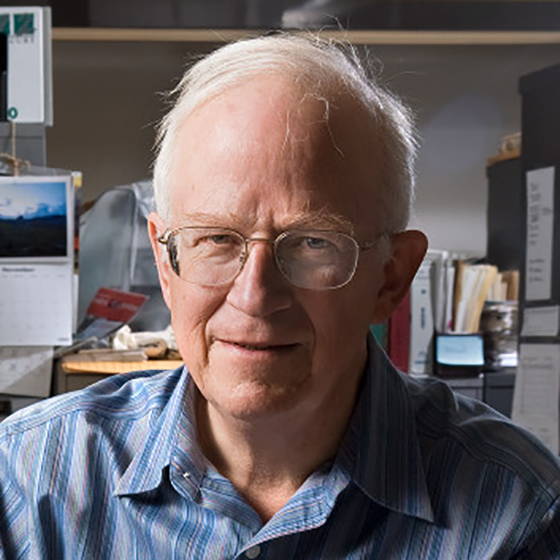 After doctoral research on the viscosity of the earth's mantle at Princeton, Cathles spent seven years at Kennecott Copper Corporation's Ledgemont Laboratory investigating the genesis of porphyry copper deposits and industrial leaching processes. Joining the faculty of The Pennsylvania State University in 1978 he researched the formation of massive sulfide deposits at mid-ocean ridges and in failed rifts in Japan. At Chevron Oil Field Research Laboratory from 1982 to 1986 he developed genetic and exploration models for gold and sulfide deposits and investigated the CO2 generation that often attends steam injection for enhanced oil recovery. Since 1986 he has been at Cornell University where he has investigated: oil and gas generation and migration in the Gulf of Mexico Basin; how capillary seals contain overpressured fluids in basins for hundreds of millions of years, allow basins to suddenly expel brine and form MVT deposits, and explain otherwise curious aspects of pock marks and gas pipes; how vein halos indicate porphyry copper deposits formed in barely-controlled hydrothermal explosions; how chemical alteration can be used to infer patterns of fluid flow; and how nanoparticles might be used to assess the degree of fracture control on subsurface fluid flow. For 10 years he co-directed the Global Basins Research Network. He was the 24th Hugh Exton McKinstry Memorial Lecturer (1989) at Harvard, the 2008 Adrian Smith Lecturer at the University of Waterloo, the 2011 Distinguished Lecturer for the Society of Economic Geologists, and is a fellow of the American Association for the Advancement of Science and a member of the American Geophysical Union. He was a leader of the oil and gas thrust of the Cornell KAUST program, and is the Director of the Cornell Institute for the Study of the Continents. He has continuing collaboration with IRIS and UiS researchers on petroleum-related research, and with scientists in Tectonor (in Stavanger) on glacial isostatic rebound. He has published over 130 peer-reviewed publications and a book: "The Viscosity of the Earth's Mantle."

My current research objectives are threefold: (1) to construct higher resolution models of the earth's response to the melting of the continental ice masses of the last glaciations, (2) to integrate chemistry into simple heat and mass transfer models of aqueous fluid flow in the earth's crust to understand the fundamental constraints (if any) on supplying in perpetuity 10.5 billion with the energy and mineral resources required for a European standard of living, and (3) to develop a methodology for using nanoparticles as non-diffusing tracers that can measure fluid bypass and enable new fluid management strategies. The higher resolution isostatic adjustment models will allow recent changes in the rate of sea level rise to be interpreted more broadly and confidently, while at the same time better constraining mantle viscosity, one of the most fundamental earth parameters. Integrating chemistry and fluid flow provides a fundamental basis for understanding hydrocarbon and mineral resources, and also for understanding chemical changes that attend some extraction methods and carbon sequestration strategies. Measuring fluid bypass with nanoparticles, if successful, could lead to entirely new methods of detecting and managing subsurface fluid flow.

My recent teaching objectives have been threefold:

1. Develop a set of courses which communicate our understanding of the earth system from a fluid dynamics foundation that are integrated with chemical mass transport and mineralogical change.

2. Develop courses that convey a realistic perspective of earth energy and mineral resources and the associated environmental and political challenges.

Our Fluid Dynamics of the Earth course (taught with Mark Wysocki) was the first step toward the first objective. Modules on CO2 Sequestration, Fracture-controlled Fluid Flow, Flow Complexities of the Marcellus gas resource, multicomponent tracer methods (this fall), and fluid-rock interactions in geothermal systems (this spring) have advanced articulation of the connection between fluid dynamics and chemical change. Energy and Mineral Resources of the Earth was the first step toward the second objective. The addition of John Thompson to this course two years ago added an invaluable real-world perspective. Courses in Groundwater (with Tammo Steenhuis) contribute to both objectives. Class projects on specific aspects of fluid dynamics, the Marcellus shale, TCE contamination on South Hill, manganese nodules, and Mongolian Resources have assembled literature material and laid a foundation for better courses and new research. I am increasingly impressed with what Cornell students can achieve when given the opportunity to branch out and investigate issues on their own using web resources. A third teaching focus of mine is therefore to:

3. Continue to explore how best to incorporate class projects in teaching.

Service to the community in the recent past has involved helping homeowners in the Ithaca community whose houses were potentially affected by industrial TCE contamination on South Hill understand contaminant transport. Class projects on this topic benefited from extensive community participation and the students in turn provided significant assistance to the community. My current community service involves mainly helping community members understand energy tradeoffs and water and contamination issues potentially related to Marcellus shale gas production. Community members have commonly attended my Energy and Mineral Resources class, and often this leads to collaborations of one kind or another. On the national level I am seeking to help the resource community appreciate that the earth has the resources to support the world population at a European standard of living indefinitely.