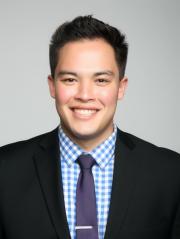 I am currently working as a research scientist at a reinsurance broking firm in Singapore.  My job is to examine natural catastrophes, such as typhoons, floods, and earthquakes, around the Asia-Pacific region and analyze their potential impact upon the insurance and reinsurance industries.  The technical training I received from my Earth science education, coupled with an interdisciplinary background resultant from attending a diverse and engaging university such as Cornell, has been indispensable to my work at the intersection of science and finance.

Earth and Atmospheric Sciences definitely have a bright future both at Cornell and in the world abroad, and it is great to connect with other EAS alumni and students and see what everybody is up to! 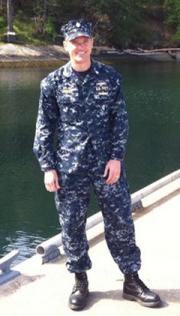 I am retiring from active Naval service after 24 years as a Meteorology and Oceanography (METOC) officer with three sea tours that included the USS Okinawa (LPH-3) for a western Pacific and Indian Ocean deployment, the USS Cleveland (LPD-7) for a southern Pacific counter narcotics deployment, and with Cruiser Destroyer Group Eight embarked the USS Theodore Roosevelt deployed to the Mediterranean for combat operations during Operation Iraqi Freedom.

I served in a variety of major staff positions to include Naval Special Warfare Staff as Force Oceanographer, Secretary of the Navy Staff as an action officer for Command, Control, Communications, Computers and Space (C4I & Space) systems, Commander US Third Fleet as Fleet Oceanographer, and the Naval Mine and ASW Command as the Staff Training Manager and Oceanographer.

I attended the Naval Postgraduate School, graduating with a Master of Science (MS) in Physical Oceanography and Meteorology in 1997, and earned my Master of Business Administration (MBA) from Georgetown University in 2009.

I am married to the former Bridget Savalle, a career Certified Public Accountant and Manager of Financial Reporting for Sempra Energy. 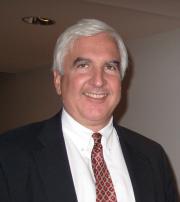 James C. McDonnell is a founding partner and the Chief Operating Officer of Avalon Energy Services, LLC.  Jim has a Bachelor of Science in Geological Sciences from the College of Engineering at Cornell University and a Master of Business Administration in finance from Oklahoma State University.  He has worked in the energy industry for over 20 years in a variety of capacities, including field operations, consulting, finance, and planning.  Prior to founding Avalon Energy, Jim was the CFO and a SVP of Pepco Energy Services.  He has also worked as a field engineer for Dresser Atlas, was a Manager with Anderson Consulting, and a Vice President with The Columbia Energy Group.  Jim holds the Chartered Financial Analyst (CFA) designation, is a Registered Professional Geologist in the Commonwealth of Pennsylvania and is a Certified Energy Manager (CEM).  Jim is also the president of the National Capital Area Chapter (NCAC) of the US Association for Energy Economics (USAEE). 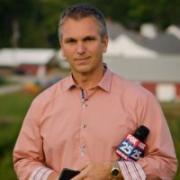 I graduated from Cornell in 1991 from our atmospheric sciences floor of Bradfield Hall. There were only 5 of us on graduation day - Tony, Evan, Gary, Simon, and myself. We had a great time and you'll find us taking very different career paths. Mine has landed me in Boston since 1996 as the chief meteorologist at FOX 25 News.