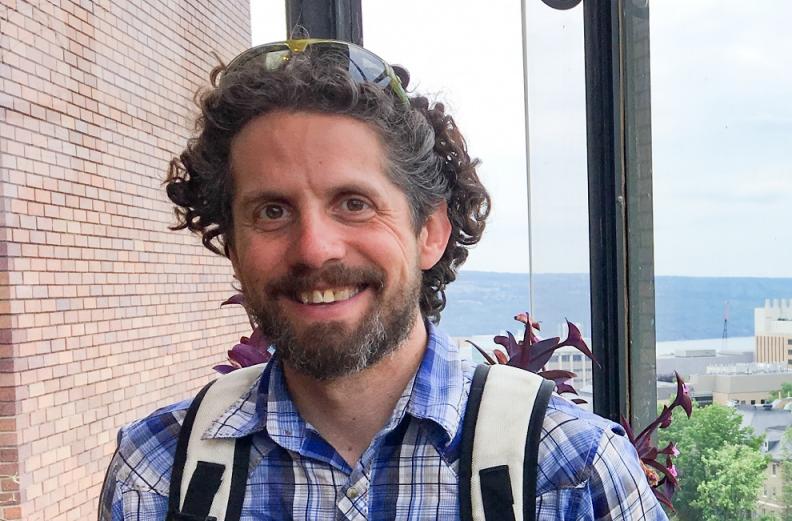 Patrick Fulton joined the faculty of Cornell’s School of Earth and Atmospheric Sciences (EAS) in January 2019. Fulton is an assistant professor whose research interests include hydrologic and thermal processes within fault zones and how these processes either control fault slip behavior or provide insightful signatures within fault rocks.

Fulton grew up in Georgia and spent a lot of his time in the woods of the North Georgia Mountains. “For as long as I can remember, I have loved being outside exploring, “says Fulton. “I did this science project in second grade that was all about rocks and minerals.” As Fulton got older, he added a love of physics to his already-strong interest in the Earth.

As an undergraduate, Fulton spent two years at Young Harris College in those same North Georgia Mountains before transferring to Georgia Tech, where he earned a B.S. in Earth and Atmospheric Sciences. “I knew I wanted to get my degree from a school with a strong science and engineering focus,” says Fulton, “but I also really enjoyed the liberal arts approach I learned at Young Harris. It was very hands-on and the faculty were focused on, and committed to, teaching. I still look to their example now in my own approach to teaching.”

At Georgia Tech Fulton had a conversation with his advisor about potential career paths. In the course of the conversation, Fulton made it clear that one thing very important to him is that he has the freedom to be creative in his work. His advisor, Dr. Carolyn Ruppel, heard that and suggested that he pursue a Ph.D.

Fulton followed Ruppel’s advice and started a doctoral program in Geophysics at the University of Wyoming. “Because I came from a physics background,” says Fulton, “I was interested in the heat and physics of fault zones. I found big plate boundary faults and big earthquakes fascinating.” When his doctoral advisor took a new position at Penn State, Fulton came with him, moving to State College, PA to graduate with a Ph.D. in Geosciences in 2008.

After post-docs in Oregon and Texas and a stint as a research scientist in California, Fulton took a faculty position at Texas A&M in 2016, where he taught for three years.

When asked why he decided to join the faculty of EAS at Cornell in 2019, Fulton reels off a long list of reasons: “First, there is the quality of science done across the department here. Then there is the flexibility to reach out to researchers in different fields—Cornell is so collaborative. I knew a lot of people here already and the students at Cornell are so strong. Plus, the surroundings are beautiful. It wasn’t a very hard decision.”

At Cornell, Fulton uses observation, quantitative analysis, and numerical modeling to study heat and fluid in fault zones. His work combines hydrogeology, thermal geophysics, and geomechanics, and has applications to earthquake physics, tectonic processes, and the transport of subsurface heat and fluids. Much of his research involves placing sensors in boreholes in plate boundary faults to gather temperature and pressure data. His overarching goals are to better understand earthquake and tsunami hazards through knowledge of the physical processes acting within fault zones and to create cross-disciplinary techniques that other researchers can use in their work.

In the fall semester of 2019 Fulton will be teaching a class in hydrogeology. 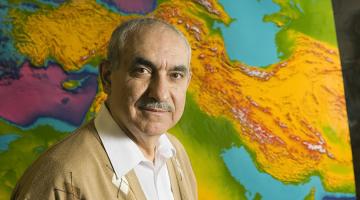 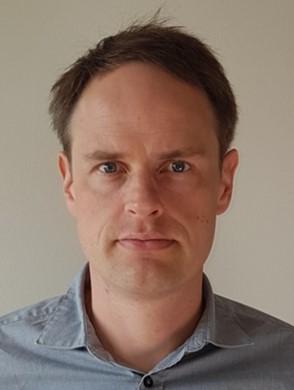