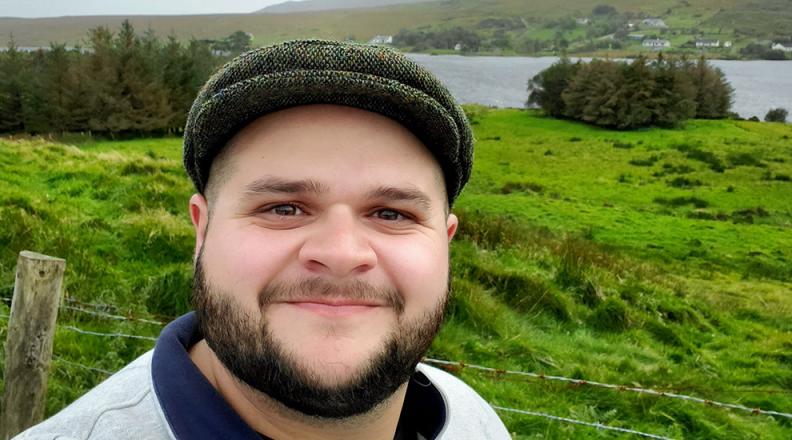 Many people love the sound of the rain, but very few of us are then inspired by that sound to earn a doctorate in Atmospheric Science. Colin Evans, Ph.D. candidate in Associate Professor Toby Ault’s Emergent Climate Risk Lab (ECRL) at Cornell’s Department of Earth and Atmospheric Sciences (EAS), is doing exactly that.

Of course, it’s more than just the sound of the rain. That was certainly an early impetus to learn more about the interplay between Earth and the atmosphere, but then Evans’ hometown of Owego, NY experienced a 100-year flood, a 500-year flood, and a 1000-year flood in the span of just six years. “It became clear that something far from normal was going on,” says Evans, “and I wanted to learn more about climate change to get a better understanding of what is happening and how we can prepare ourselves better for the new realities.”

Evans started by earning a B.A. in Environmental Studies from Wells College in Aurora, NY. “I have always loved the outdoors, and majoring in Environmental Studies gave me a chance to study what I love,” says Evans. While at Wells, Evans spent several summers leading hikes through some of the many gorges in the Finger Lakes region of New York, including those in Ithaca. “As an undergraduate I thought I wanted to be a teacher of some sort,” says Evans. “Over time, I could feel myself shift to focus more on policy. In either case, I knew I wanted to continue on and get at the very least a Master’s.”

In 2013 Evans began a Master’s program in Atmospheric Science and Meteorology at UMASS Lowell, where he completed a thesis project on validating the 2015 update to the NAM and GFS3 forecast models in modeling the atmospheric boundary layer.

While he was a student at Wells College and at UMASS Lowell, Evans worked extensively with the Residential Life offices of both schools. He was a Resident Advisor, a Hall Director, a Student Conduct Coordinator, and an Assistant Complex Director. When he graduated with his M.S. from UMASS, Evans knew he wanted to continue on to a doctoral program, but was not sure exactly where. He decided to take some time to do some research and make a decision based not solely on the name and reputation of the specific programs, but rather on his interest in the work being done by specific researchers.

Evans and his wife, Jessica, moved to Binghamton, NY where he was a Residence Director at SUNY Binghamton and Jessica enrolled in an intensive one-year accelerated nursing program. Evans used this time to delve into atmospheric science and decide what most interested him and whose work might match his interests best. “Taking that time was the best thing,” says Evans. “I found Toby Ault’s work and it aligned really well with my interest in learning more about drought. So I applied to just one school: Cornell.”

Evans was accepted into the doctoral program at Cornell and began his studies with Ault in the fall of 2017. “Climate projections show many parts of the world drying out as a result of climate change,” says Evans. “I wanted to study something meaningful, so it was an easy decision to come to Cornell and work in Toby’s Emergent Climate Risk Lab.” Ault’s primary research focus is drought in the Southwestern United States and its connection to the El Nino/La Nina cycles in the Eastern Pacific Ocean, and Evans contributes to this work. At the same time, Evans has broadened his own focus to understanding how seasonal and longer-term droughts develop in the Northeastern United States.

“I believe that moving forward, we are going to see more seasonal drought in the Northeast,” says Evans. “Springs and summers will probably be drier, with more precipitation falling in the fall and winter. We don’t really know the atmospheric dynamics that lead to long-term drought in the Northeast. Once we know, we can look at projections and have a better sense of how to prepare.”

Long-term drought could have enormous consequences for the Finger Lakes and the rest of Upstate New York. Agriculture is an $8 billion industry in New York. The last seasonal drought to hit the area hard was in 2016, when 90% of western New York’s berry crop and a whopping $1 billion in agricultural production were lost. Long-term drought would be even more devastating to the economy of the state and to the lives of farmers and farm communities.

Evans wants to understand atmospheric dynamics and their effects on the climate of the Northeast so that policy-makers can plan for the increased incidence of drought. How water is stored and used, which plants are grown, and how land is used are all policy decisions that will benefit from a greater understanding of drought. Evans, who has always loved to solve puzzles, sees the climate as the most challenging puzzle he has ever taken on. “How the Northeast responds to climate change really depends on politics,” says Evans. “If we are serious about making positive changes, they will be based on institutional, systematic changes. And those sorts of changes only happen when policy-makers have good information and the commitment to do what the research supports.” 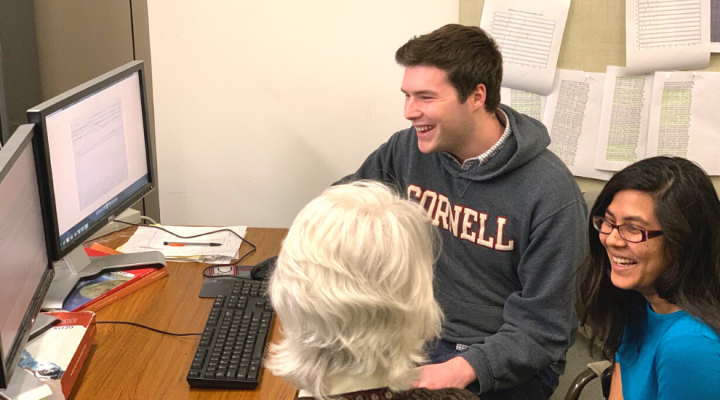 By Erin Philipson Cornell’s Earth and Atmospheric Sciences (EAS) has been making a concerted effort to recruit a larger and more diverse pool of applicants for both the geological and atmospheric... Read more about Recruiting and Supporting Graduate Students 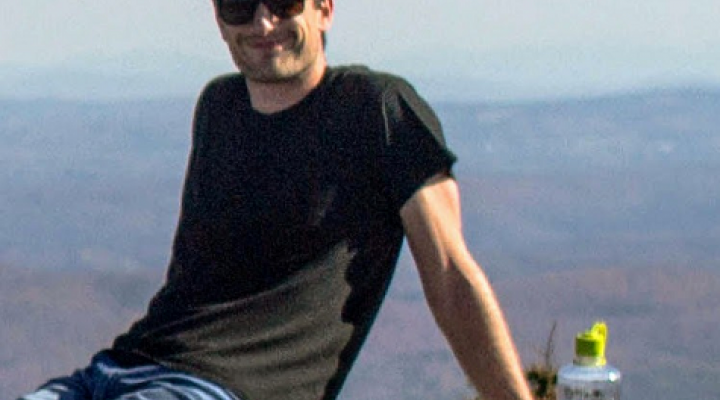 When Kyle Murray was in his first year of undergraduate studies at Montana State University in Bozeman he was majoring in electrical engineering, but was uncertain whether or not it was the right fit... Read more about Ph.D. Spotlight: Kyle Murray 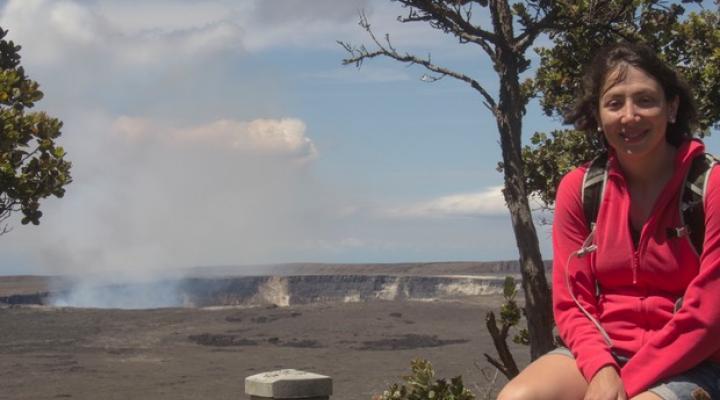 Alida Perez Fodich was born in the mining town of Chuquicamata, Chile, located more than 9000 feet high in the Andes. She lived there until she was ten years old, and then moved with her family to... Read more about Spotlight on Students: Alida Perez Fodich