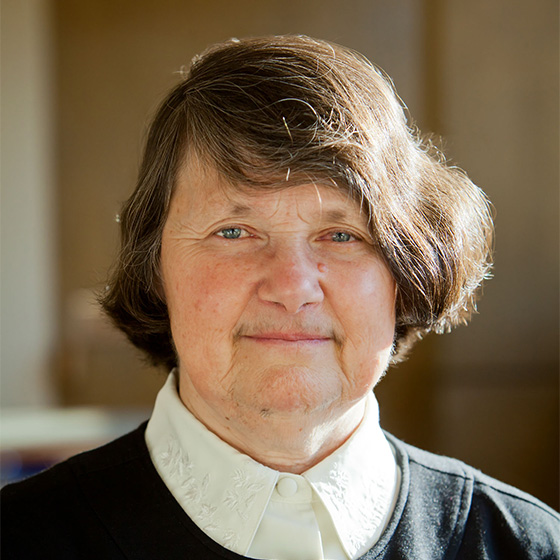 Kay received a Ph.D. at Brown University and spent a year as a postdoctoral fellow and assistant professor at the University of California at Los Angeles before coming to Cornell as a post-doc in 1976. She was subsequently a research associate, senior research associate, associate professor and full professor at Cornell before becoming the William and Katherine Snee Professor of Geological Sciences in 2007. She is also a senior research associate of the IDEAN Institute of Andean studies and an honorary professor at the University of Buenos Aires, Argentina. Kay was previously a visiting associate in petrology at the California Institute of Technology and a Fulbright fellow at the University of Buenos Aires in Argentina in 1989. Among various honors, Kay is a fellow of the Geological Society of America (GSA), a fellow of the Mineralogical Society of America, a fellow of the Society of Economic Geology, a fellow of the American Geophysical Union, an honorary foreign member of the Geological Association of Argentina, a 2015 member of the Academia Nacional de Ciencias (National Academy of Science) of Argentina and has received the GSA Distinguished Service Award, the eastern division American Association of Petroleum Geologist outstanding educator award and a University of Illinois Geology Alumni Achievement Award. Prominent activities include having been the 2013-2014 President of the Geological Society of America and a member of the council from 2001-2003 and 2012-2015, president of the GSA International Division, a member of the US National Committee for Geological Sciences of the U.S. National Research, the science editor of GSA Today, the chair of the 2006 International meeting hosted by the GSA and the Geological Association of Argentina on the "Backbone of the Americas", the International Secretary of the Geological Society of America and on the editorial boards of a number of journals. Kay has edited 4 books, has over 135 reviewed publications in journals and books, and over 560 conference proceedings along with numerous abstracts. She has an H index of 42 on ISI and of 56 on Google Scholar with > 12,000 citations.

Kay's research concentrates on the applications of petrology, geochemistry, and mineralogy to problems of the origin and evolution of the continental crust, with particular emphasis on the relation of regional tectonics to magmatic processes, the formation of the lower crust, and the evolution of ore deposits. This work has implications for understanding natural disasters, including volcanic eruptions and earthquakes. The research involves field studies and chemical analysis of rocks and minerals; the laboratory work makes use of the instrumental-neutron-activation, ICP-MS, mass-spectrometry, and electron-microprobe facilities at Cornell.

A major focus at present is a study of the development of the Andean crust of central and southern South America and is part of an interdisciplinary effort on Andean tectonic evolution that involves Chilean and Argentine scientists as well as personnel from Cornell. This study adds the variable of pre-existing continental crust to previous work done along the oceanic, Aleutian-arc, convergent margin. An important element of the Andean work is the effect of changing subduction-zone geometries on crustal and mantle evolution. Two specific projects involve study of the evolution of mid-Tertiary to Recent magmatic rocks over the shallowest part of the modern Andean subduction zone (28-33°S) and of magmatism related to uplift of one of the world's highest plateaus, the central Andean Puna-Altiplano (22-28°S). Present studies are aimed at the transition regions between shallow and steep subduction near 28°S and 33°S. Much of this work invokes magmatic rocks that are the host rocks for the major copper and gold deposits of the Central Andes.

Other Andean projects examine crustal and mantle evolution associated with important episodes of basaltic magmatism and the terrane-accretion history of South America. Currently, the most active of these studies looks at the causes and results of large-scale continental basaltic volcanism in the Patagonian plateaus of southern South America. Present studies are concentrated in the plateau east of the triple junction where the Chile ridge is colliding with the Chile trench. Another project concerns special magmatic events related to periods of supercontinent formation and stability, particularly the formation of granite-rhyolite provinces in the late Paleozoic-early Mesozoic evolution of Gondwana. Finally, studies of basement rocks in the central Andes are relevant to recent questions concerning a possible Laurentian-Gondwana collision.

There are also plans to return to studies of the magmatism and crustal and lithospheric evolution of the oceanic Aleutian arc.

Major teaching focuses are in the areas of mineralogy and earth materials, geochemistry and petrology and integrated magmatic, geophysical and structural studies of continental margins and magmatic arcs. The mineralogy class focuses on the physical and chemical properties of minerals and their use in studies of the properties of the Earth and other planets. The Andes and other mountain belt seminars provide a format for presentation of active research and examining important questions on the evolution of mountain belts and the formation of continents. A summer field course conducted with the University of Buenos Aires in Argentina focuses on field observations and interpretations of major structures and magmatic systems in a spectacularly exposed terrane. Individual student projects focus on using mineralogical, geochemical and isotopic methods in various studies of magmatic samples from continental margins.